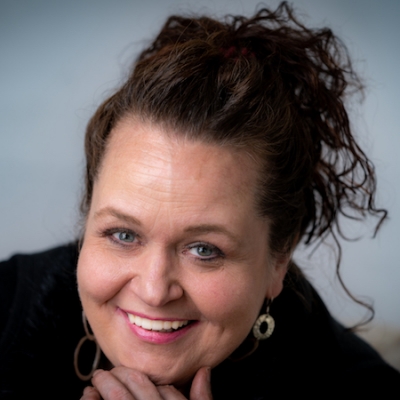 Susan Jones is a tenacious headlining comedian, writer, producer, inspirational fundraiser, and motivational force with over 2 decades of national touring stand-up experience. As a recent bride, dog lover, Pez collector, single mom, and survivor the 80s and 90s, Susan has a broad range of life experience to draw from. Susan reached almost 600 lbs. and in 2016 started her weight loss mission. She has lost over 200 lbs. so far and takes you with her on this journey every pound of the way down. Susan was featured on Kevin Nealon’s Laugh Factory show New Material, Susan has also opened for Dana Carvey, Rob Schneider, Brad Garrett, Jeffery Ross, Rick Overton, Chad Prather, and many more.

Susan recently released her DryBar special. She also has a half hour network special on RideTV. She has also appeared on Up Late NW and JokestersTV.  She has recorded a stand-up album called 50 Shades of Gravy.  Susan was a regional finalist for NBC Standup, and has won the Hard Rock comedy contest and JackFM’s Funniest Comedian in Washington.

Susan is a club favorite and must-see comedian that can range from TV clean to fun flirty.