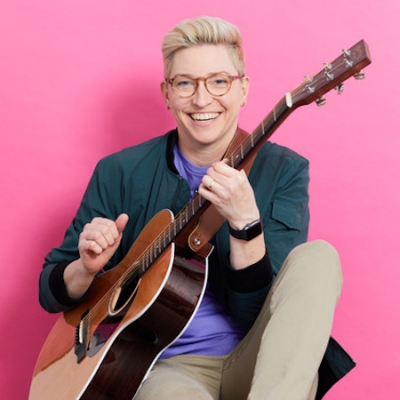 Kristin Key is most recognized for her appearances on NBC's "Bring the Funny” and “Last Comic Standing”. Additional credits include her Dry Bar Comedy special "Kristin Key: Crafty", Comics Unleashed, VH- 1's 100 Greatest Series, The Bob and Tom show, and she is played regularly on Sirius and XM Satellite Radio. Currently, she hosts the podcast “Kristin Knows Blank” and her weekly live show “Friday Live at 5”.

This 20 year, nationally touring, headlining comedian got her start at the age of 19 in a small West Texas comedy club. In 2006, she auditioned for and earned a spot on the show Last Comic Standing. She competed all season long finishing among the finalists.

After her appearance on Last Comic Standing, Kristin continued writing and performing comedy on stages all over the world. She has released five stand up comedy albums, appeared on numerous TV programs, and continues to perform in comedy clubs, colleges, military bases, and cruiser ships.

Kristin’s musical comedy show is like no other. She brilliantly weaves together story telling, music, and songs to create a feel good laugh out loud experience. A quick wit and some good guitar make her show a MUST SEE.