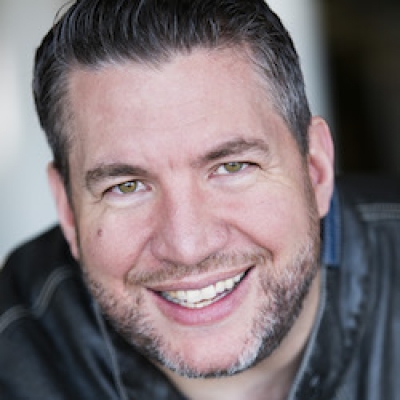 Jimmy Della Valle aka Jimmy D has been a National Headlining Comedian since the late 90's. He just shot his Drybar Clean Comedy Special called 'Famous Nobody' for Vidangel in 2018 (where he received a standing ovation.) The special just came out in early 2019 and many of his clips went Viral in the first week and it now has over 5 million views worldwide.

He also Stars in the "No Witness News" Viral comedy video which has over 50 million views on social media worldwide that was produced and written by Comedian and TV Star Damon Wayans Jr and directed by "A Haunted House" director Michael Tiddes.

Jimmy is a personable guy, like a "breath of fresh air" who grabs the attention of his audience and keeps them on the edge of their seats, while discussing his life's experiences growing up as an Italian/Irish/Spanish New Yorker in a dysfunctional blue collar family with a gambling problem.

Jimmy's act can range from anywhere from G, PG to R-Rated and always pushes the audience's humor button with surprising one-liners, impressions, weird anecdotes, crazy stories as well as his audience interaction and amazing improvisation.

On Cruise ships Jimmy does 5 completely different Headline shows each cruise and is now a favorite on the high seas. He is constantly writing new material, with clever observations and stories about his multi-racial family and his crazy in-laws as well as his opinionated Latina wife and son (actually cat) Marvin.

Jimmy also Stars and Created a Sitcom that is Streaming on Amazon Prime called Not For Nothin' with 1000's of 5 Star reviews all over social media. Jimmy has done over 10,000 comedy shows in all 50 states as well as performing for the Army, Navy, Air Force and Marines at over 10 different bases Nationally and Internationally.

Jimmy also has many TV and Film credits with over 50 national and regional commercials and voice overs that he has done. He was also seen with speaking roles in the Emmy winning HBO's The Sopranos, Fox's Lethal Weapon, CBS's Without a Trace, NBC's My Name is Earl, Nickelodeon's Unfabulous, HBO's Oz, and Sex and The City. He has also been seen in sketches and doing dozens of Stand Up TV and Talk shows such as Comedy Central, Late Night With Conan O'Brien, The Tonight show and Jimmy Kimmel to name just a few.