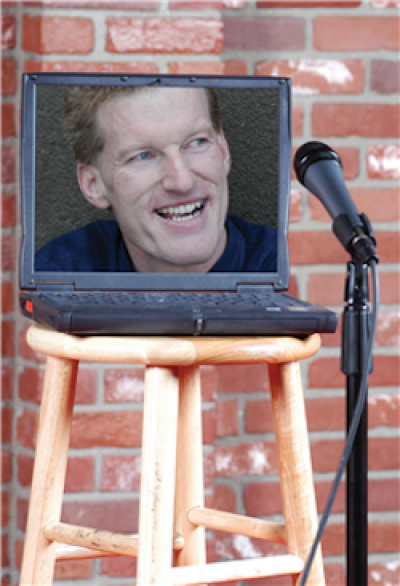 Don McMillan received his Masters Degree in Electrical Engineering from Stanford University. He helped change the world of computers as part of the team that designed the world’s first 32-bit microprocessor. After 15 years in the high-tech world, he left his day job to become a stand-up comedian. Only 3 years later, he won the San Francisco International Stand-Up Comedy Competition and went on to become the $100,000 comedy winner on Star Search.

Not only has Don been featured on the Tonight Show, HBO, and MTV but he has performed at many colleges and universities including: Carnegie Mellon, Georgia Tech, Iowa State, Lehigh, Notre Dame, Oklahoma, Oregon, Texas, USC, and of course, Stanford!

Don utilizes math, science, engineering, and state-of-the-art technologies to perform a one-of-a-kind, laugh-out-loud, multimedia comedy show. His show celebrates nerds, geeks, techies and their friends and family who love them. He is THE comedian for the Information Age!