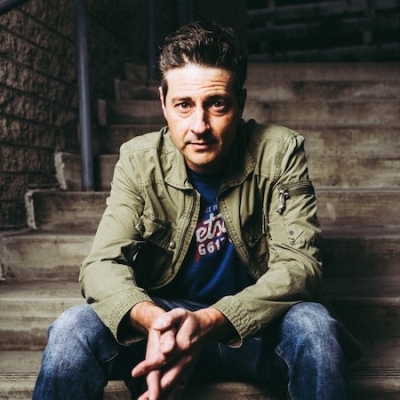 After working on his Southern accent in Oklahoma for most of his youth, comedian-actor Brandon Vestal discovered stand-up and took his talents on the road, quickly establishing himself as one of the best comic talents in the country.   Ultimately landing in Los Angeles, he says he loves the sun and the beaches, but not the congestion. “It’s not even being in traffic in LA that ticks me off,” he pines, “it’s the guy on the radio that tells you about the traffic you’re sitting in.”

Vestal has made his mark in the world of comedy competitions and festivals, duking it out on the competitive comedy scene. He won the Hollywood Comedy Festival, crowned “Best of the West” at the Detroit Comedy Festival, a finalist at the World Series of Comedy in Vegas, and featured at the Asheville Comedy Festival two years running.

After his years in the trenches, this insightful storyteller’s work has really begun to pay off. Brandon has appeared on NBC’s “Last Comic Standing,” and was a recurring comedian on FOX’s Laughs. He can also be heard on XM/ Sirius’s “Blue Collar” and “Raw Dog” channels as well as “The Bob & Tom Show” “Man Up, Stand Up” and “ComedyTime TV.” His newest special, “Who?” released on Dry Bar, got hundreds of thousands of views even as clips on YouTube. His two most recent albums “A Useless Grown Man”, and “Smoooth” on the 800Lb Gorilla label are huge hits and have been featured on iTunes for 3 months crowned him “Comedian of the Month” on Sirius/XM’s Laughs USA. Brandon Vestal’s low key, deeply personal and honest style has made a definite must-see.